Defence Spending and Procurement – Issue Of The Month 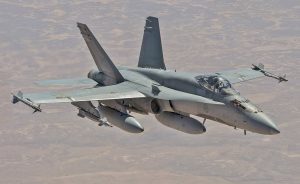 “Canadians expect our government to do two things at the same time: Protect our security, and defend our rights and freedoms.” – Justin Trudeau, CBC interview, Sep 8, 2015

A key role of the federal government should be to protect it’s citizens and its borders. We have not seen that recently. At a NATO summit, in Wales, in 2014, we committed to move closer to spending 2% of our GDP towards our defence budget. According to data from the World Bank we have not spent 2% of our GDP since 1987.

This is not a partisan issue. This is a Canadian issue.

One NATO report states that we are expected to spend less on our military, in 2018, than in previous years. We should not do this.

We need to properly equip and train the men and women of our armed forces. We need to make sure that any peace keeping missions, or combat missions, or defence missions, or training missions, are prepared for adequately. We have seen and heard too many horror stories about our forces being ready but with old or failing equipment. As one government report states about the Sea Kings that were just replaced: “not everything in the Sea King is forty years old”. We can not continue to have ships, aircraft, and army vehicles and weapons that are 40 or more years old.

We need to update our equipment. We cannot just buy more equipment of the same vintage as announced by our defence minister: “Sajjan also announced the federal government would buy used Australian F-18s of the same vintage as Canada’s current fighter fleet”. In some cases it is OK to buy a used car for $500 as a parts car, but it is not OK to buy used fighter jets for $90 million just to get parts from (“seven Australian jets it bought will be used for testing and spare parts.”). We also need to make sure that our equipment suits our needs. The CF-35 is the possible future replacement for the CF-18s but “the RCAF’s procurement of these planes has come under fire for being too expensive and not addressing Canada’s needs, especially in the Arctic”.

We even have a problem buying sidearms. A soldier’s pistol is the last line of defence between them and an enemy. When everything else has failed or has run out of ammunition a soldier knows that their trusty pistol can be counted on. Except that in the Canadian forces the trusty sidearm can’t be counted on.

We have to replace the sidearms that our soldiers carry, and we are having a hard time doing that. It is expected to take us 10 years to replace our 1940s-era pistols at a cost of $50 million for the 25,000 handguns. The British did the same thing, for $15 million, in 2 years.

Equipping and training our military should not be a partisan issue. It should be a top priority of our country.

I agree with Justin Trudeau when he said: “Canadians expect our government to do two things at the same time: Protect our security, and defend our rights and freedoms.” – Justin Trudeau, CBC interview, Sep 8, 2015

Unfortunately our government is not doing that.

As I was researching this post I kept coming across additional information that was infuriating. We have funding that is too low and equipment that is too old. I kept on getting more and more angry, and wondering how we can possibly meet our NATO commitments or, better yet, protect and defend our country, our citizens, and our way of life.

There is no better way to put it: