My views on The Stadium 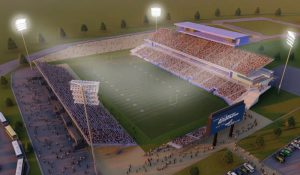 We have all heard about a proposed stadium for Halifax. Opinions vary widely about whether or not we should have a stadium, where it should be, and who should pay for it.

I formed an opinion when I first heard about the stadium and the proposal. The proposal should not have been accepted. The cost was too high, the risk was too high, and SSE would be the only ones to benefit financially. Many councillors, myself included, rejected the proposal, but enough voted for it to continue through the process. We received a second proposal from SSE, and although this was better, it was never discussed around council. It still didn’t meet the standard that we would hope to see.

I’ve listened to all sorts of discussion about the proposal and the stadium, both for and against, and I’ve always had an open mind. If compelling enough evidence came forward then I would change my opinion.

My opinion was that the municipality should not pay any money towards the stadium. The cost and the risk were simply too high, and some of what SSE was asking for was simply not allowed.

The stadium documents, that I first saw, appear at the bottom of this page: https://www.halifax.ca/home/news/statement-cao-update-regarding-stadium-proposal-by-schooners-sport-entertainment

The developer should accept the risk. The taxpayer should not.

The new report has the municipality making a $20M contribution towards the stadium, with other funds for it coming from other levels of government and private investors. Only part of the cost is borne by HRM, so the risk to us is far less.

The $20M in the new report would come from a reserve fund for signature projects. That money has already been accumulated. There is no increase to the debt.

The original proposal also suggested creating some new taxes and increasing other taxes in order to pay for the stadium. The new report does not ask for that. In the new report there are no tax increases at all.

With these changes, the developer is taking on far more of the risk, and the risk to public funds is far less. In a worst case scenario, where the CFL franchise is popular for five or six years and then becomes unpopular, we have still recovered much or most of the property tax.

It should not be at Shannon Park

Both SSE proposals put the stadium at Shannon Park. In the beginning, because I was opposed to the basic financial model, I didn’t look very closely at the location.

More recently I’ve come to the conclusion shared by many that it would be impossible to put the stadium at Shannon Park. My measure for this was what happens at the end of the game. We would need to manage 20,000 people getting on the road at the same time. The infrastructure around Shannon Park could simply not be updated to handle that volume.

I still don’t know where the stadium should be, but I do know where it shouldn’t be, and the report that we have states unequivocally that it should not be at Shannon Park.

My measure is that the stadium has to be somewhere that people can get to easily, and that we can get 20,000 people out of in 1/2 hour. Shannon Park isn’t it, neither is Exhibition Park or Woodside. I think the airport would cause too much congestion on the 102 on the way back in to town. Dartmouth Crossing may be able to handle that volume of traffic, and there are a few (but very few) other locations that could work.

I’m always willing to re-evaluate a decision, if there is new information.

In the case of the stadium I said that I didn’t like the first proposal, and that hasn’t changed. I didn’t think it was worth moving forward with, and I didn’t think it could be salvaged, so I was willing to discard it and ask for a new proposal. A new proposal came, and it wasn’t worth pursuing either.

At this point we have, effectively, received a third proposal. The funding model has changed, which dramatically reduces both the cost and the risk on the taxpayer. The location has changed, from a location that was known to be bad, to a location that is unknown and therefore may not be bad.

There are still many things that have to be worked out but, at this point, I’m more positive than I was.