Oil, pipelines, the economy, and the environment – Issue Of The Month 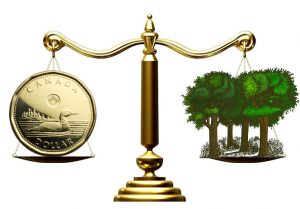 We are living in a challenging time with respect to energy. We have been living on fossil fuels for the last 150 years and have been slowly making our way towards sustainable and “green” energy. Although we’ve made great strides in recent years, we will be dependent on fossil fuels for decades to come.

We have to move forward and strengthen both the environment and the economy at the same time. We can’t have a clean environment that nobody can afford to live in, and we can’t have a lucrative economy where nobody can breathe the air or drink the water. We have to move forward on both at the same time. This takes a lot more thought and a lot more planning than the Liberals have put in to it.

There are four major pieces to the balancing act of the oil situation in Canada:

The Liberals are limiting oil production in Canada by cancelling pipelines and by introducing rules that make it nearly impossible to develop pipelines. Pipelines are the cheapest way to move the oil, and yet we have to move the oil across the country by road and rail. Road and rail are more expensive than pipelines, are not as safe, and produce more pollution.

We are producing plenty of oil but have a hard time moving it because of the cost of transportation. This has meant that we truck it to the west coast and sell it at a massive discount in order to remain competitive.

In fact we produce more oil than we consume, but still have to import oil in Atlantic Canada because we can’t move it across the country. Using road and rail is expensive and so it is cheaper for us in Atlantic Canada to buy overseas oil than it is for us to buy Alberta oil, and the main supplier of Atlantic Canadian oil is Saudi Arabia. This makes absolutely no sense.

In fact — oil production has just been slowed down, in Alberta, because we are storing too much oil right now — Oil cuts a necessary evil for a province wounded by Ottawa

At the same time that they making Saudi oil a better option than Canadian oil for Atlantic Canada, the Liberals are damaging relations with Saudi Arabia.

If Saudi Arabia manages to sever ties with Canada then Atlantic Canada will have to pay a premium for Alberta oil, and that will cost more than Saudi oil.

I do support standing up against human rights abuses, but we have to recognize the impact from that stance and plan for it. That’s what I have the most trouble with — a complete lack of planning on the part of the Liberals.

But what about the Carbon Tax?

If the price of oil goes up, because we have to truck it in from Alberta, then the carbon tax will go up as well.

We have also recently learned that the Liberals are planning to add HST to the Carbon Tax. This means that we will be paying a tax on a tax. Any increase in the cost of oil will increase the carbon tax and will also compound the HST that is charged on top of it.

The Liberal carbon tax has not been thought through except as a way to take more money of of the pockets of Canadians. There is no long term plan to fight pollution, but the Trudeau Liberals are able to say that they have done something.

It’s not the right thing. It doesn’t help Canadians now or in the future. It’s not going to achieve it’s stated goals. But the Liberals can say that they’ve done something.

The carbon tax will not achieve its stated goals because it will tax the consumer and not the producer. The price of something at the grocery store will go up because the cost of transportation will go up. The consumer has absolutely no control over the cost of transportation, but they will still have to pay for it. We can ship oil through a pipeline, which makes it safer and cheaper, but we can not do the same thing with apples. Apples have to be moved by truck or rail.

So what should we do?

We can’t sit around and wait for things to happen. I firmly believe that we have to balance our strengthening our economy while at the same time strengthening the environment. We do need to take action, but we need to take the right action and ensure that we will not damage either the economy or the environment. And that’s where the Liberals fail. Their action, without a lack of a plan, damages both.

We can reduce our dependence on fossil fuels. We have to. But we have to develop and implement green energy responsibly. We also have to make sure that we don’t starve any part of Canada while we do this.

That is part of what I will work towards.