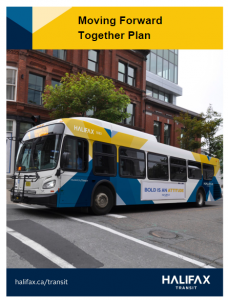 On Nov 25, 2019, HRM Transit made some significant changes to the network. This followed months of consulting with stakeholders and transit users and also months of internal work to understand the system and try to make it more efficient. These changes were met with a lot of acceptance which was balanced with a fair amount of criticism. I’ve passed along the compliments, listened to much of the criticism, have read all of the recommendations, and discussed it with transit staff.

My discussions, along with my recommendations and requests, took a number of things in to consideration:

With all of that we proceeded with the conversation.

We also talked about other issues, although we didn’t to a resolution.

The changes that we did talk about, and that I’m looking forward to, are minor adjustments but that could have major impacts. This is similar to other changes in the system where a 1 or 2 minute change in the schedule causes riders to be able to make their connections. I was not looking to make the system perfect, but I was looking to make it better.

Please let me know if these changes result in more efficient trips.